From the earliest of cave paintings to the explosion of recent digital artwork, substance usage has long been intrinsically linked to artistic creativity.

By encouraging certain patterns of brain activity & providing a different perspective, psychoactive substances can help people tap into their creative side – and the results have defined culture for generations.

Cannabis-derived substances in particular have been widely popular among artists and creatives for centuries. CBD & THC, the two main active ingredients in cannabis, offer different but complementary benefits for those seeking to improve their creative output. 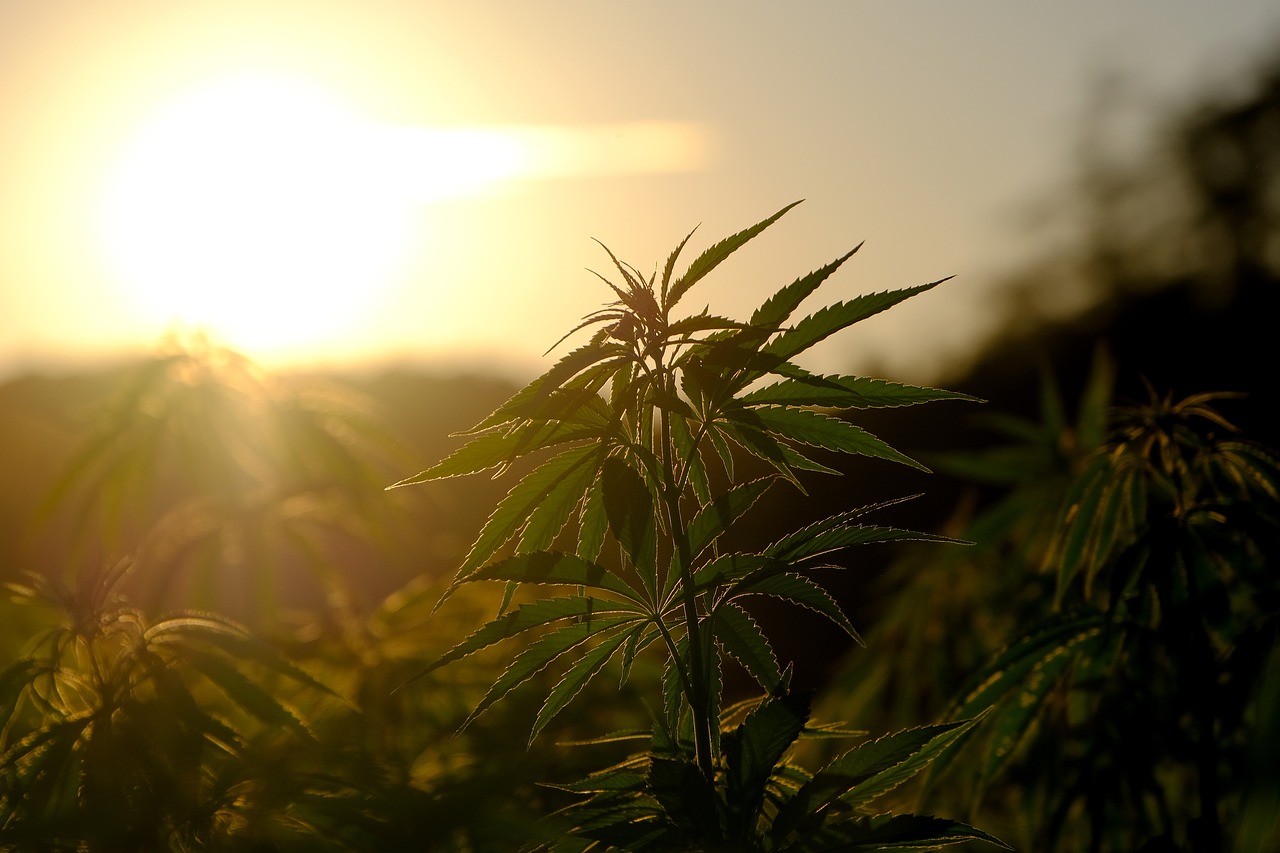 THC is well-known for its ability to produce feelings of euphoria and stimulation, which can help reduce inhibitions and allow people to access previously hidden parts of their imagination.

CBD, on the other hand, is often cited as helping to improve focus and concentration. It promotes feelings of extreme calm and relaxation, which can be helpful in managing stress & anxiety levels – two common obstacles to creativity.

But which is better for artistic creativity – CBD or THC? The answer may depend on the individual and what type of creative activity they’re undertaking. Below, we’ll provide a balanced review of how CBD and THC work to modify one’s creative potential, so you can make the best choice for you. 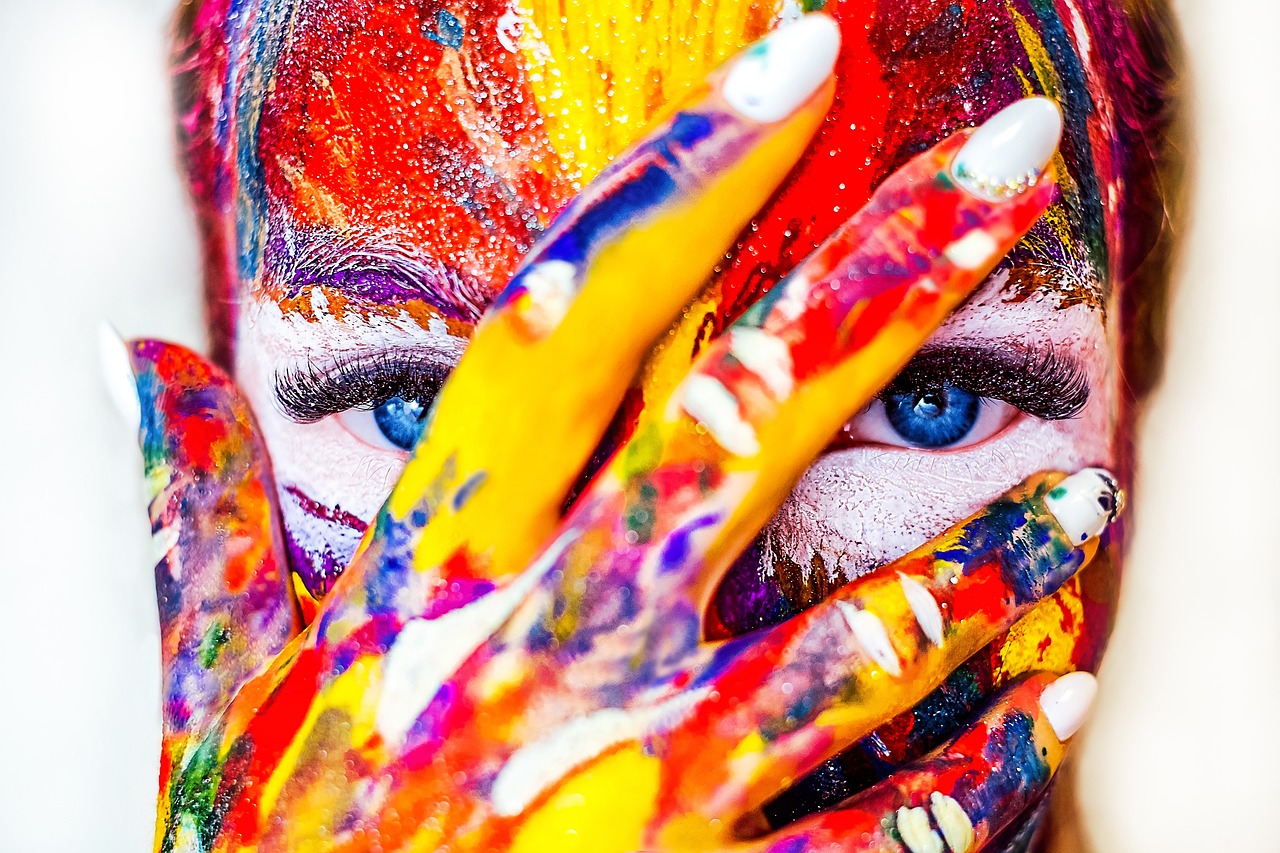 Both CBD & THC have been shown to modify blood flow to the brain, which can improve cognitive function (under certain circumstances) and allow people to think more creatively. However, THC’s psychoactive effects have also been reported to lead to paranoia, anxiety, and impaired memory – all of which can be detrimental to the creative process.

CBD, on the other hand, is non-psychoactive and has actually been shown to help reduce anxiety levels.

Much of art requires divergent thinking, so THC could potentially be helpful for those seeking to improve their artistic creativity. But at the same time, THC’s psychoactive effects could also lead to paranoia, anxiety, and impaired memory – all of which can be detrimental to the creative process.

CBD, on the other hand, is non-psychoactive and has actually been shown to help reduce anxiety levels. A study published in 2020 found that CBD could help reduce social anxiety, which can be a major obstacle to creativity.

The benefits of CBD & THC for artistic creativity may also depend on the type of art being created.

For example, CBD has been shown to improve focus and concentration, which can be helpful for activities that require a high level of attention to detail, such as smaller paintings or sculptures.

The extreme amount of calm and relaxation produced by CBD can also be helpful for those engaged in more introspective forms of art, such as writing or music composition.

THC's ability to produce feelings of euphoria and stimulation could potentially be helpful for larger-scale art projects that require a lot of energy and motivation. Think large paintings or installations.

The psychoactive effects of THC can also lead to increased risk-taking, which can sometimes be necessary for creativity. Picasso's work, for instance, is known for its daring and unconventional style at the time - though it's unclear if he ever used THC, taking that flavor of risk may be more likely under the influence of the substance. 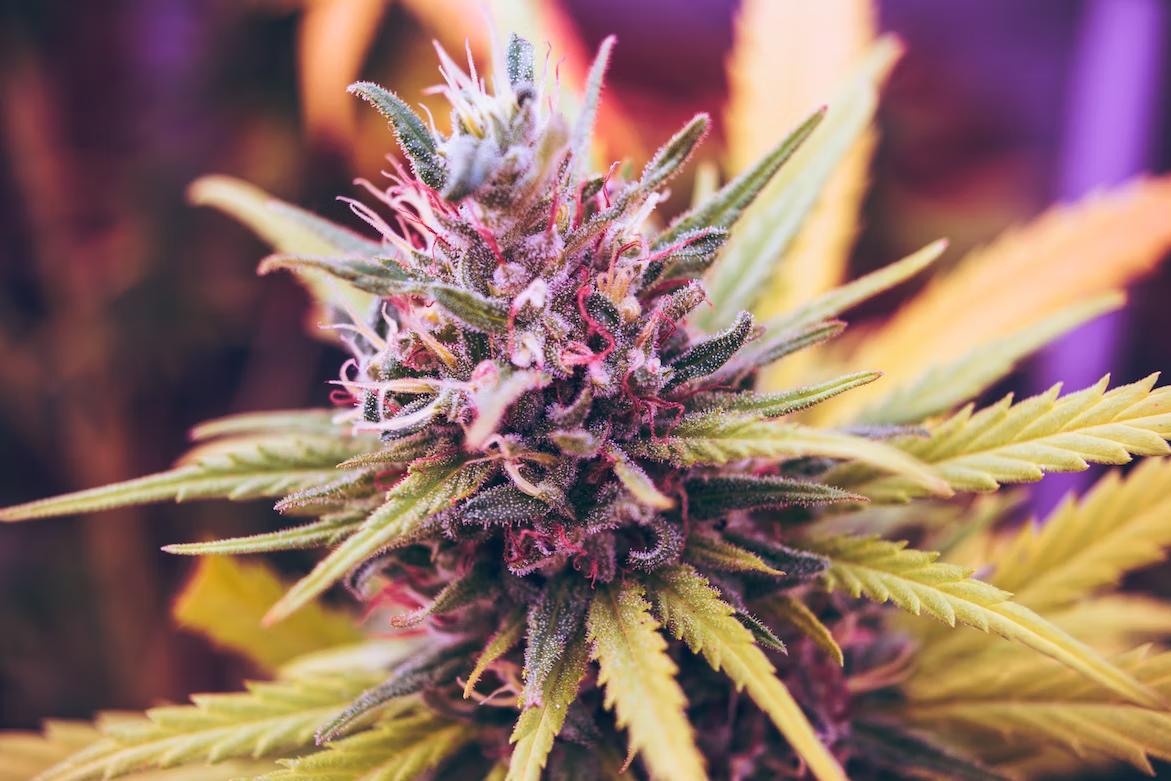 It's also worth considering the duration of the effects when choosing between CBD & THC.

THC's effects tend to be immediate but short-lived, typically lasting for 1-2 hours before dissipating. This could be helpful for those seeking a burst of creative inspiration but may not be ideal for those who need sustained focus and concentration, i.e multi-day projects.

CBD's effects, on the other hand, are more gradual and long-lasting, typically reaching 4-6 hours. This could be helpful for those engaged in more introspective forms of art that require sustained focus and concentration but may not be ideal for those seeking a burst of creative inspiration.

It's worth noting that many artists, throughout history, have mixed and matched different substances to find the perfect combination for their creative needs. Salvador Dali, for example, was known for his use of mescaline (a psychedelic substance) while creating his famous paintings, along with LSD.

There remains a large degree of speculation that he used other substances as well (like cannabis) to improve his creativity and open-mindedness – and the results were astounding!

Though many prolific artists refused to admit it, cannabis has long been a popular tool for those seeking to improve their creative output.

Famous creatives like Bob Dylan, Billie Holiday, and Miles Davis have all been open about their cannabis usage, and it’s widely believed that the substance played a role in their creative success.

In recent years, more and more artists have come out in favor of using cannabis to improve their creativity. Singer-songwriter Lady Gaga is a well-known advocate of cannabis, and she’s even said that it’s “one of the greatest gifts the universe has given us.”

It’s clear that both CBD & THC can be helpful for those seeking to improve their artistic creativity. But which is better may depend on the individual and what type of creative activity they’re undertaking.

Consumption methods and their impact on creativity: CBD vs THC

Art is extremely ritualistic. Most artists have their muse, their lucky pencils, or the time of day they work best. So when it comes to judging whether CBD or THC is better at improving artistic creativity, it’s important to consider how people usually consume it. 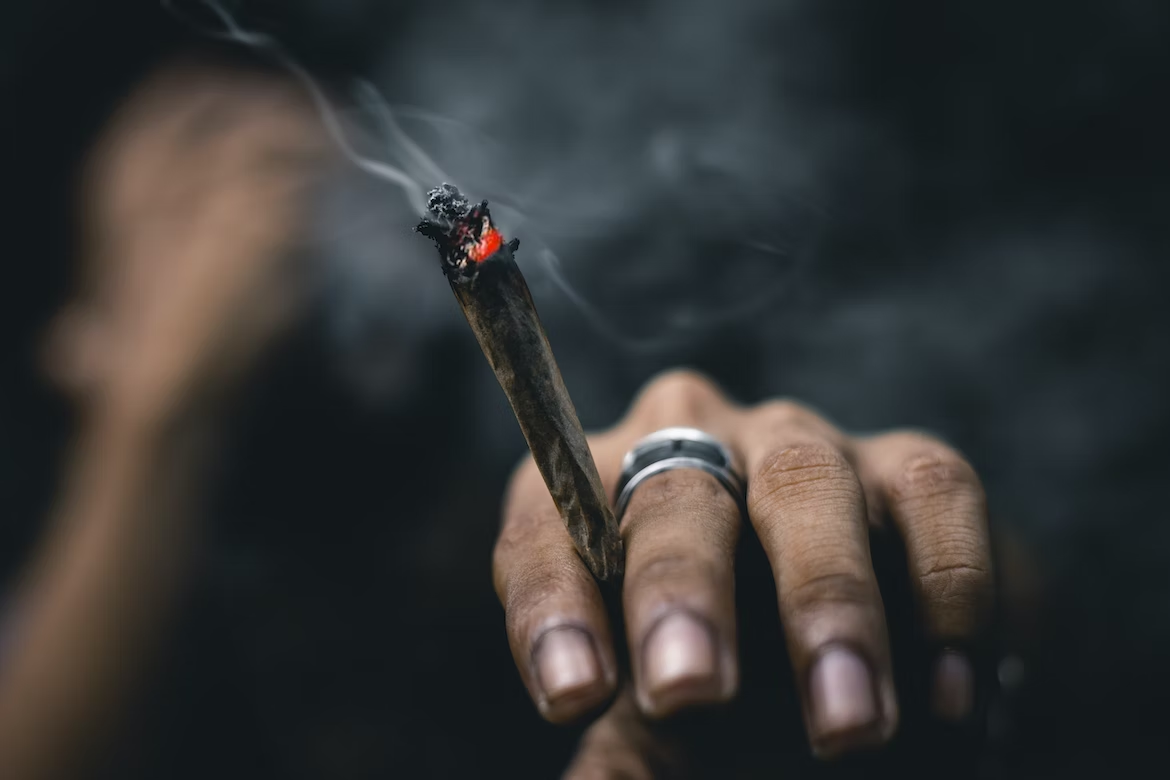 THC is typically consumed through smoking or vaping. When inhaled, THC enters the bloodstream and quickly makes its way to the brain where it binds to cannabinoid receptors. This binding produces the psychoactive effects that people experience when they smoke or vape cannabis.

The effects of inhaled THC can be felt within minutes, and they peak after 30-60 minutes. The effects then slowly start to wear off after a couple of hours.

Smoking has long played an important role in artistic movements and creative culture. The act is often seen as a way to bond with other artists, and it’s also been used as a tool for self-reflection and introspection.

Gatherings of creatives, like writers or painters, to share a joint is not uncommon - and by doing so, they often open up the floodgates to creativity.

CBD, on the other hand, is typically consumed orally in the form of oils, tinctures, or edibles. When ingested, CBD is absorbed into the bloodstream and makes its way to the brain where it binds to cannabinoid receptors. This binding produces the therapeutic effects that people experience when they take CBD.

The effects of ingested CBD can be felt within 30-60 minutes, and they peak after 2-4 hours. The effects then slowly start to wear off after 6-8 hours.

But that doesn’t mean it can’t be helpful for artistic creativity. In fact, many people find that the delayed onset of CBD helps them to focus and stay on task for longer periods of time. 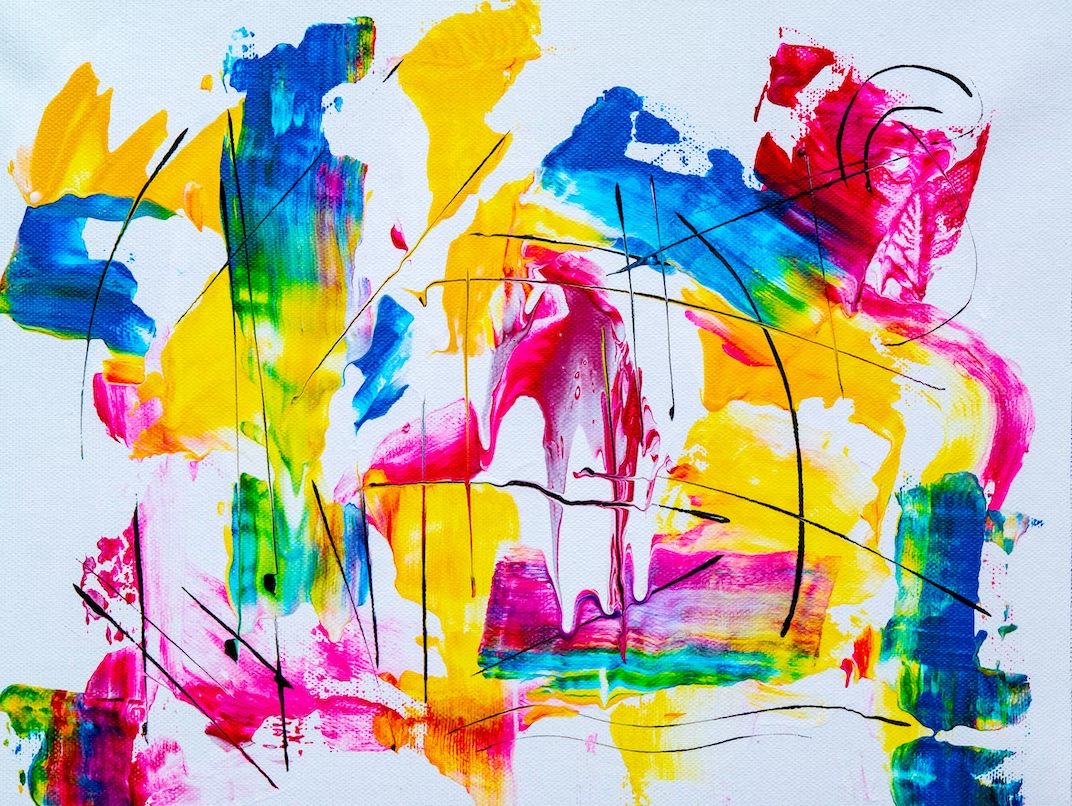 Both CBD & THC have been shown to modify cognitive function and encourage divergent thinking - a factor immeasurably useful when pursuing a craft whose success is reliant on coming up with new, innovative ideas.

For many creators, the increased level of focus and relaxation brought on by CBD can be a welcome respite from the anxieties that often come hand-in-hand with the creative process.

At the same time, THC's ability to break down inhibitions may be more beneficial for those artists who find themselves stuck in a rut, unable to access hidden parts of their imagination.

The bottom line is that there's no one-size-fits-all answer when it comes to the best substance for artistic creativity. Whether you prefer CBD or THC may ultimately come down to personal preference, genetic predispositions, or your social situation. But there’s no doubt that both substances can be helpful for those seeking to improve their creative output.